The following article is written by Jason Delgado, in which he speaks about his personal race experience in the CAT45 field.

From the practice of giving cigars as prizes at carnivals in the US during the 19th century; this phrase would be said to those who failed to win a prize. This was the phrase taken home after Sunday’s Rosewoods winter series second category 4/5 race. I participated in this event as I did the last and this year’s field is different, as Jesse stated on his CAT123 coverage, there is a large respect and professionalism that’s being shared amongst the participants.

This race was more tamed, there weren’t as many attacks or gaps but the racing was just as intense as the week before. There was plenty of elbow and line checking which was very impressive to see at what’s considered to be an entry level race.

I was being conservative and had a few marked men so I made sure they were always at arm’s reach. With three laps to go there was a break that had the chance to stick. The break consisted of Fabian from Rush/Piquet Racing Team and another rider. They were very strong and I wanted to catch that them, but respectfully, it would be wrong to close down that impressive effort by dragging the peloton up to them.

So I attacked! I chased for two laps had them at a few feet before getting caught by the peloton on the second to last turn. I simply failed. Close but no cigar!

Huge thanks to Fernando Angel for putting together the Rosewood Winter Series, below are links to race results and also the Miami Masters website and Facebook. 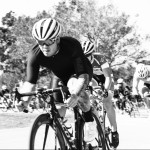